Thank you for your patience while we retrieve your images.

"EMPIRE smashes the boundaries of circus, cabaret, variety and burlesque, reinventing the genres for a 21st century audience. The show had its world premiere season in New York City during the summer of 2012, where it was the first tented show ever seen in Times Square. The 700-seat Spiegeltent also houses a speak-easy style bar, and an extremely intimate stage that is just three meters in diameter.

EMPIRE is a 90-minute adventure performed by the greatest international talent ever assembled in one tent! MCs Oscar and Fanny steer the show while an eccentric cast of characters including; the seductive Gorilla Girls (banquine), the amazing foot jugglers, the backwards bending contortionist, the daredevil roller skaters, the world champion wheel master and more—all somersault, slapstick and striptease through their acts! Completing the cast is a sultry songstress and fast-fingered guitarist." 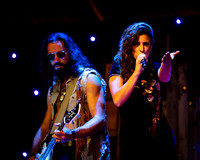 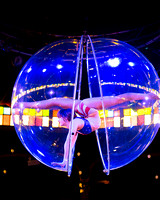